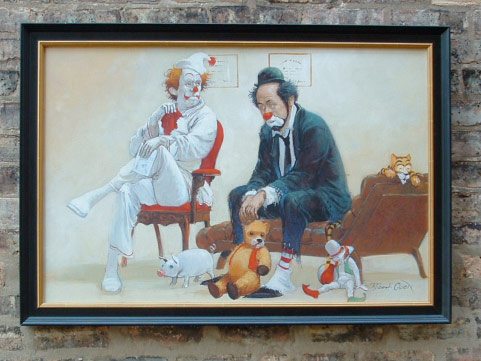 Robert Owen was born in Polk County, Missouri on September 2, 1930. He was ninth of ten children. He has been painting for 35 years professionally. For 30 of those years he has been delighting people with his clowns. Mr. Owen was residing in Southern California up until the death of his beloved wife of 22 years, Norma Jeanne February 5th 1999. He has since taken up residence in Western Washington.